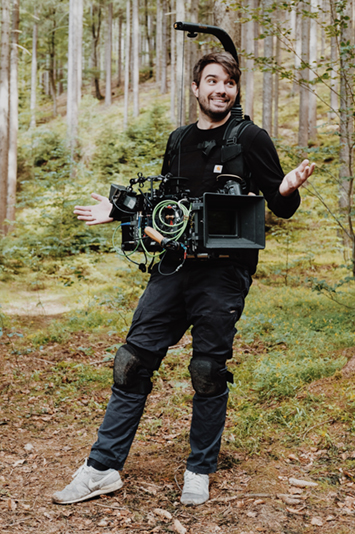 Stephan Buske works as Director of Photography in the field of feature films, documentaries and advertising. During his studies at the Film University Babelsberg Konrad Wolf, he shot numerous short and medium-length films, which were awarded various national and international prizes. In 2016, his Bachelor’s degree film “Am Ende der Wald” won the Student Oscar in Silver, in the category Best Foreign Short (Student Academy Award; Best Foreign Narrative). In 2019, Stephan graduated with the film “F for Freaks” by Sabine Ehrl. This won numerous international awards and screened, among others, at the German Short Film Award and at the most important film festival for camera work, Camerimage in Poland. Stephan Buske was born in Rostock in 1990. Since founding the company Tidewater Pictures, he also works as a producer for fictional material.